Keynote: Open Source - When Open is more important than Source to Scale Up Fast

During the COVID crisis - open-source philosophy, culture and development ethics played a key role behind the scenes -- well beyond (and almost at the expense of) existing-code reuse and volunteer contributions. This talk will be about how open source patterns helped countries and citizens structure, scale-up and speed up the COVID response in non-intuitive ways. And how implicit social expectations and explicit contracts, such as licenses, are key in these processes. And why a git commit of the Minister of Health can actually matter (and why we need much more of this). Dirk-Willem van Gulik has been working as an internet engineer for over 35 years. He has worked for the Joint Research Centre of the European Commission, the United Nations, telecommunications firms, the BBC, various satellite & space agencies and founded several startups. He participated in different international standards bodies, such as the IETF and W3C on metadata, GIS, PKI, Security, Architecture and Internet standards. He helped create, and was the first president of, the Apache Software Foundation. He pioneered open source business models, worked on early Semantic Web technology and big data. He was the CTO at Joost.com, a peer to peer based video and built and led the team that created the world's first instant play P2P viewer. As the Chief Technical Architect at the BBC he helped shape the audience facing delivery platform just in time for the Olympics. And helped the BBC to make information security and compliance a core enabler for business processes. Most recently he was the temporary CTO of the Dutch Ministry of Public to help during the Corona Crisis. Where he helped make the interoperable, privacy preserving, exposure notification standard, the International and the Dutch Corona Digital Certificate using Idemix and similar privacy/blinding technologies. When not at work, he loves to sail or hang out at the makerspaceleiden.nl. 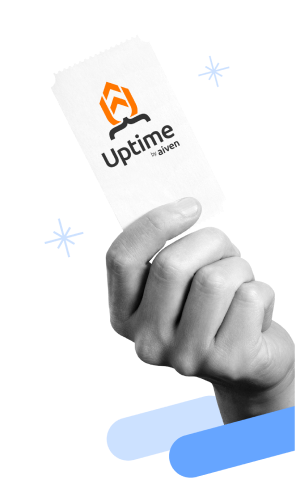 Uptime brings together developers, architects, data engineers, DevOps professionals, and anyone who wants to learn about open source data tools. Register and get your tickets now!